It's more accurate to say MPV (Motor Paddle Vessel) these days because it was converted to diesel engines. 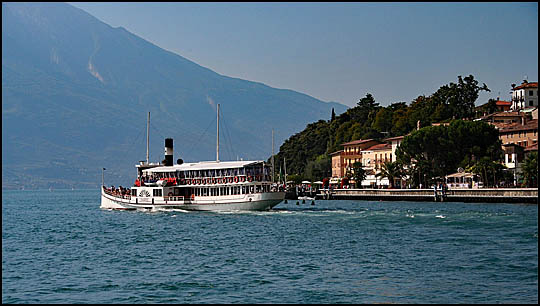 I just fell in love with this beautiful ferry boat during our holiday. Built in 1902 it was launched the following year as Giuseppe Zanardelli. He was Italy's 16th Prime Minister. At some point the name of the boat was shortened. 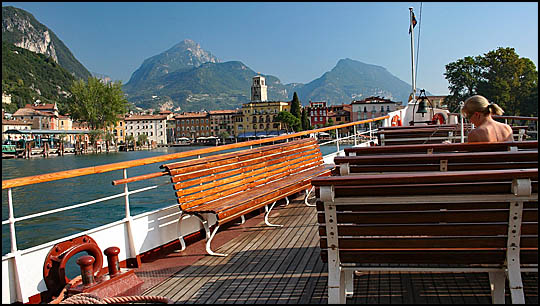 She has spent her working life on Lake Garda, though not always on the same route. 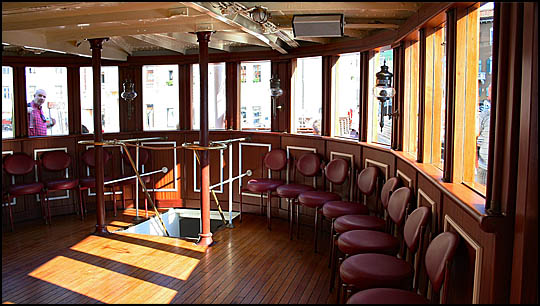 The front saloon. It retains the oil lamps from earlier days. 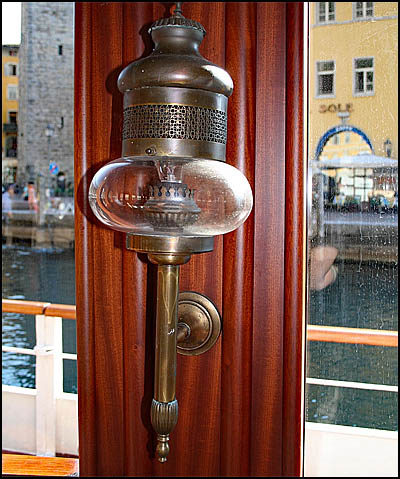 However it does not operate after dark - at least during the summer months. It currently operates between Riva at the northern end of the lake and Malcesine, calling at Limone along the way. Its first voyage of the day leaves at 9:00am during the summer and this made it a convenient boat for us to catch. 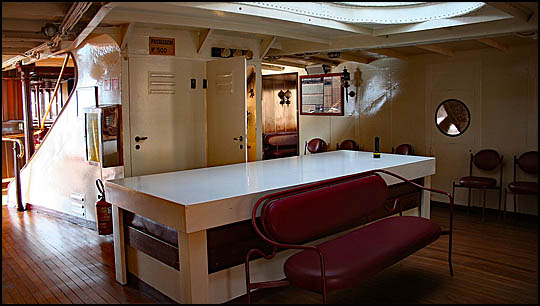 The space at midships with toilets - these have been refurbished and looked modern and spacious. A wide staircase leads to the top deck and saloon. 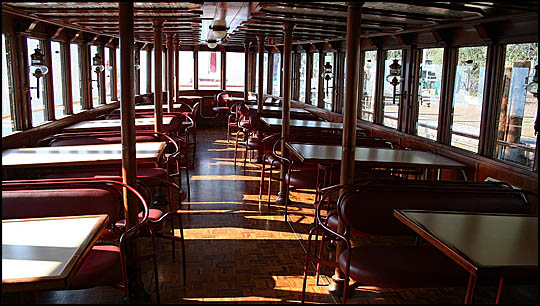 A later addition, this is the rear saloon. Again it is fitted with oil lamps. 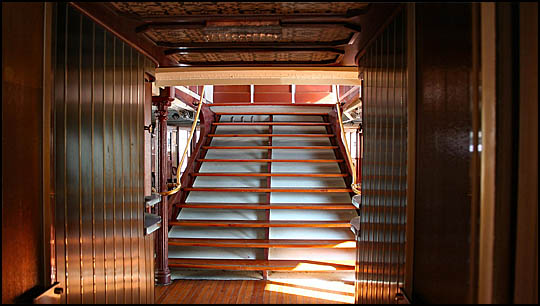 Staircase to the top deck. This used to be open but was enclosed only in 1960. 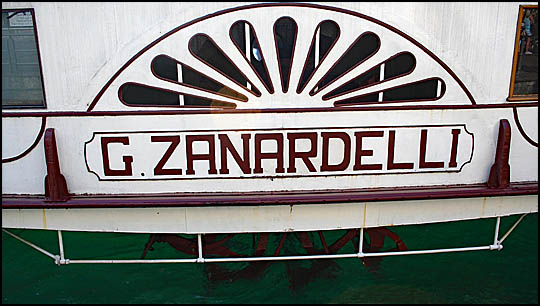 The side paddles that provide the thrust are made of metal and the paddles themselves are offset at an angle for efficiency. They are not simply an extension of spokes of the wheel. 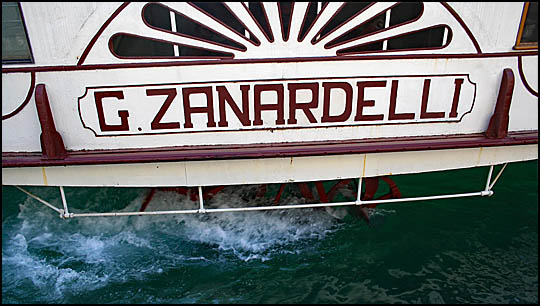 She has had her periods of being laid up for repairs, once after running aground and once after being strafed by Allied aircraft during World War two. An incident that left 11 people dead including her captain. 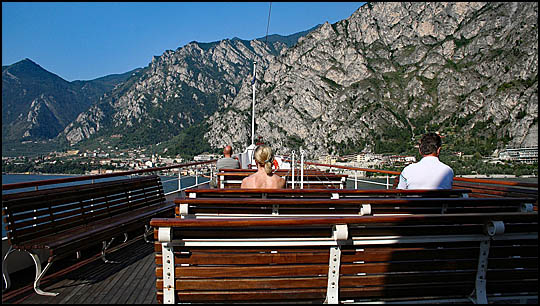 It is a tribute to her operators during the years that such a venerable old craft is still in public service. 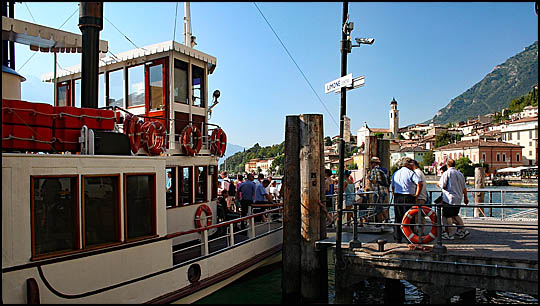 We arrive at Limone - our topic for the next article in this series.