September 1983 and on one of our forays out to take photos of old and curious things we come across the half-timbered Tudor hall known as Hall i' th' Wood. 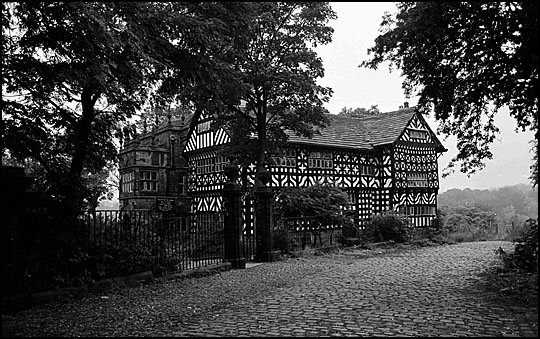 It can be described as 16th or 15th century - mostly the Tudor half-timbered part of the hall is from the early 1500s, making it 16th century, but some parts have been described as going back to 1483 or 1487 which would make it 15th century. You'd have thought the builders could have left a blue placque ready prepared wouldn't you?

I always think non-Lancashire folk have a weird idea of how the abbreviated form of the word "the" should be pronounced. There is no t sound in the phrase "going in t'shed". Instead the word "in" would end a little abruptly. The t sound is formed at the back of the throat rather than just behind the teeth. It's called a glottal stop. 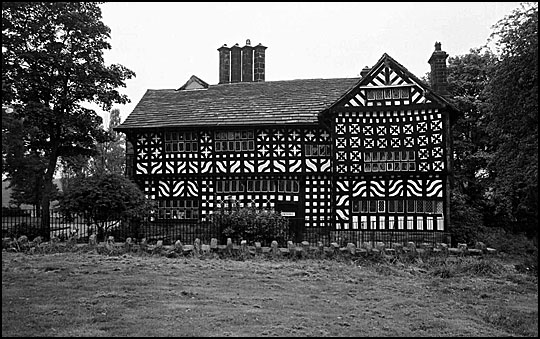 It was here at Hall i' th' Wood that Samuel Crompton invented the Spinning Mule that was used in countless Lancashire cotton mills. It allowed cotton thread to be produced in a quantity unheard of at the time. Large mill mules would have 1320 spindles and a mill might contain 60 such machines, each tended by just one man and two boys.

Return to Curiosities: Buildings and Infrastructure Index Page
Posted by John Burke at 08:50