Oho! The scanning of my old negatives has moved on a pace! We're now into 1982! On the 1st of April that year I was taking photos of various windmills for an article that eventually was published in Lancashire Magazine. We are well blessed with windmills on the Fylde coast. The famous ones are on the Green at Lytham and at Marton where you get off the M55 motorway to head into Blackpool on the old road before the link from the old end of the motorway to the town centre car parks was built. But then there's Marsh Mill at Thornton, there's one at Staining, one at Kirkam and another nearby at Treales, one at Salwick and there are a couple over Wyre at Preesall and Pilling. 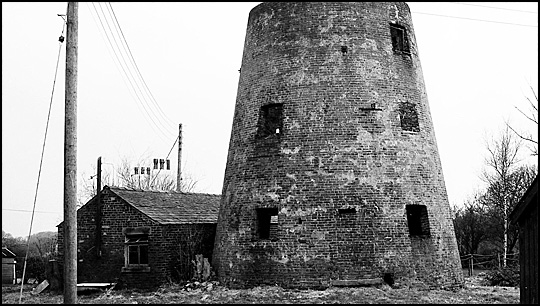 This one is Wrea Green mill. Wrea Green, or Ribby with Wrea, is a small village just off the A583 as you head from Blackpool towards Kirkham. It has a small and olde worlde feel to the village centre that gathers around, but allows plenty of space for, the large village green complete with duck pond. 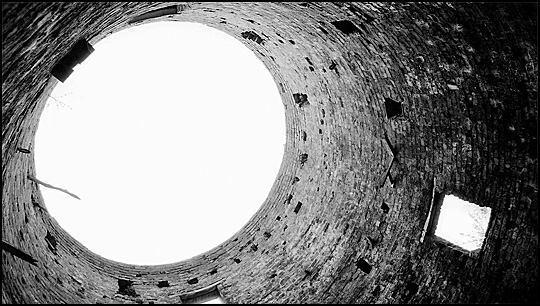 In April 1982 the windmill at Wrea Green was little more than a ruin. The tower of the mill was there and the single storey building next to it, but the inside of the tower was empty and uncapped, showing signs of that all too common a fate for windmills - fire. The miller's skill was in regulating the flow of grain to the stones. Too fast and the grain wasn't ground properly so your flour would have hard lumps in it. Too slow and the stones would touch and spark and so you had a fire. Flour is combustible - and rather good at it! In this case however, the cause of the fire was an exploding steam engine! 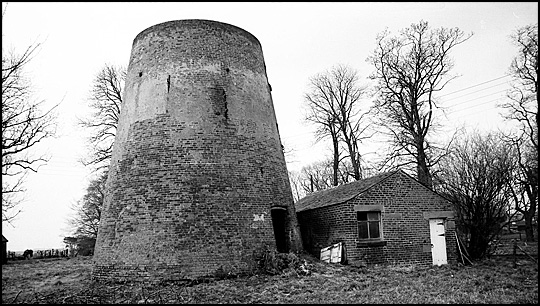 Windmills make a bit of noise when working as you might imagine. Apart from the sails creaking round there are all those big wooden cog wheels clacking about inside and the stones spinning round and the sound of grain falling from hoppers... A neighbour was incensed when the mill was built. He planted a row of trees to block the wind. You can imagine how this may have led to a certain tense relationship between the miller and his neighbour... With the mill unable to use wind power, the miller turned to a recent invention: the steam engine. Now, what a noise that must have made! But alas for the miller and the bread lovers of Wrea Green - the engine blew apart and started a fire that gutted the mill.

Shortly after I took these photos the mill was converted into a home and now has a new lease of life.